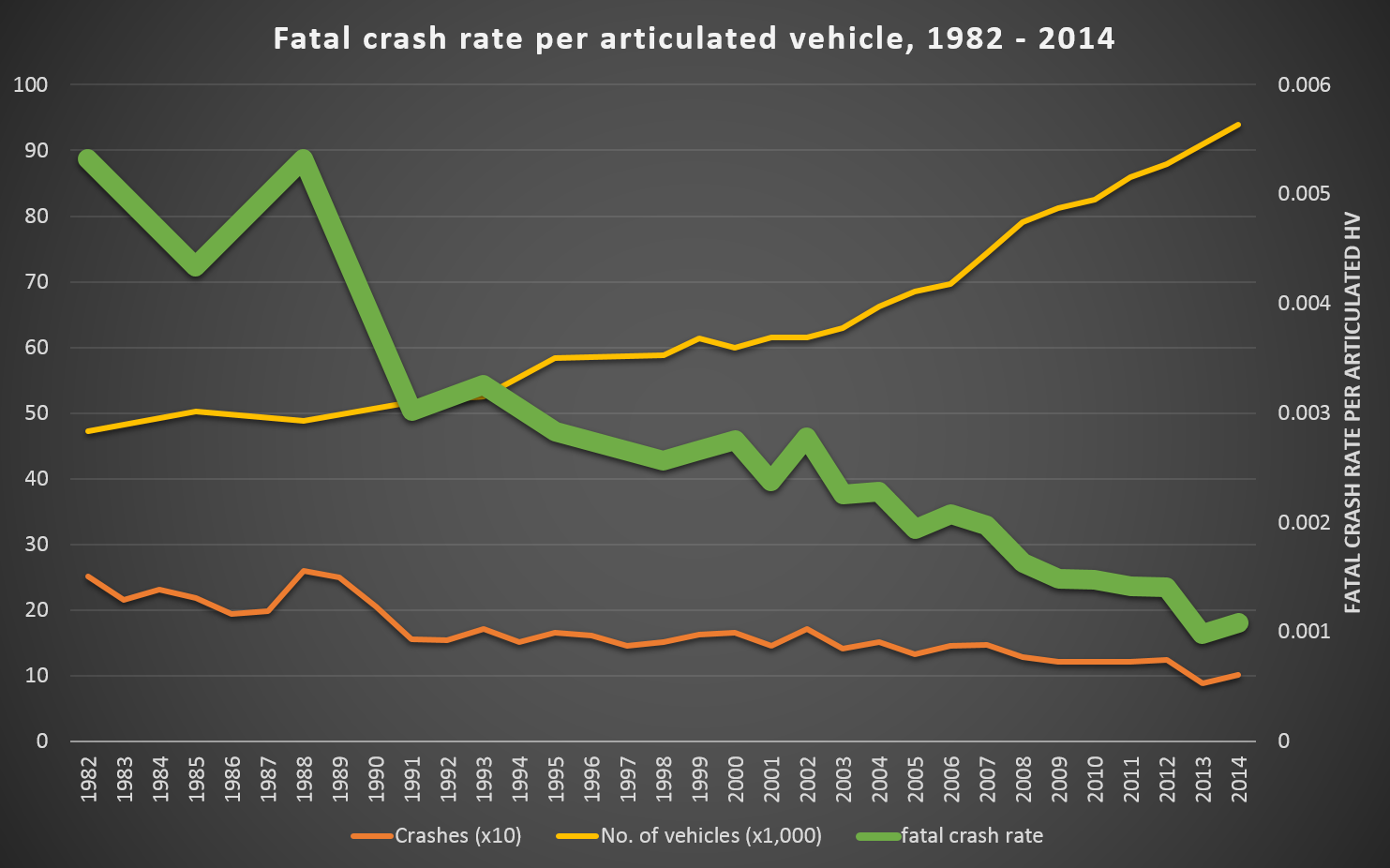 The ATA has called for urgent action from the Australian Government to protect the livelihood of owner drivers, following the Federal Court’s decision to remove the stay on the Road Safety Remuneration Order yesterday afternoon.

“The Road Safety Remuneration System will not improve safety outcomes for the trucking industry. Instead, it threatens the viability of tens of thousands of owner-drivers and small trucking businesses,” ATA CEO Chris Melham said.

“The Government must act now to abolish the Road Safety Remuneration Tribunal and protect this vulnerable section of our industry.”

The ATA has also completed an investigation showing that outdated and inaccurate road safety data is being widely spread by supporters of the Tribunal, particularly the TWU, in an effort to mislead politicians, industry, media and the community.

“The TWU’s road safety statistics are a carefully crafted part of its case for the Road Safety Remuneration Order. Unfortunately, many of them are also inaccurate,” he said.

“One of the TWU’s claims is that the trucking industry has an average of 330 deaths per year. However, this comes from a 1999 figure that includes fatalities in all heavy vehicle accidents, including buses.

“The Government updates these statistics four times every year – there’s no excuse for using figures that are 17 years old. There’s also no excuse to muddy the water by including deaths from crashes where trucks were simply not involved.

“Every accident is a tragedy, and there’s no question that every life lost on our roads is one too many. But you can’t reduce the rate of accidents by throwing around inaccurate and outdated figures,” he said.

The TWU statistics also fail to include details of how often the truck driver was at fault in accidents.

“In a recent release, the TWU claimed there were 25 deaths in truck accidents in March alone – but ATA research has shown that this list includes accidents that were allegedly caused by another driver,” he said.

“The TWU’s justification for the Road Safety Remuneration Order is that it will improve road safety and prevent heavy vehicle accidents.

“However, it won’t have any impact on accidents that were caused by another road user, or other external factors. Including these accidents is a dishonest representation of the RSRO’s potential outcomes, and casts into doubt the validity of the TWU’s entire argument.

“As an industry, we’ve already made great strides in improving road safety, and we are continuing this trend. Between 1982 and 2014, the rate of fatal articulated truck crashes fell by more than 75 per cent, despite enormous growth in both the freight task and the number of trucks on our roads.

“The ATA strongly supports measures that will have genuine impact on safety, because even one accident is one too many.